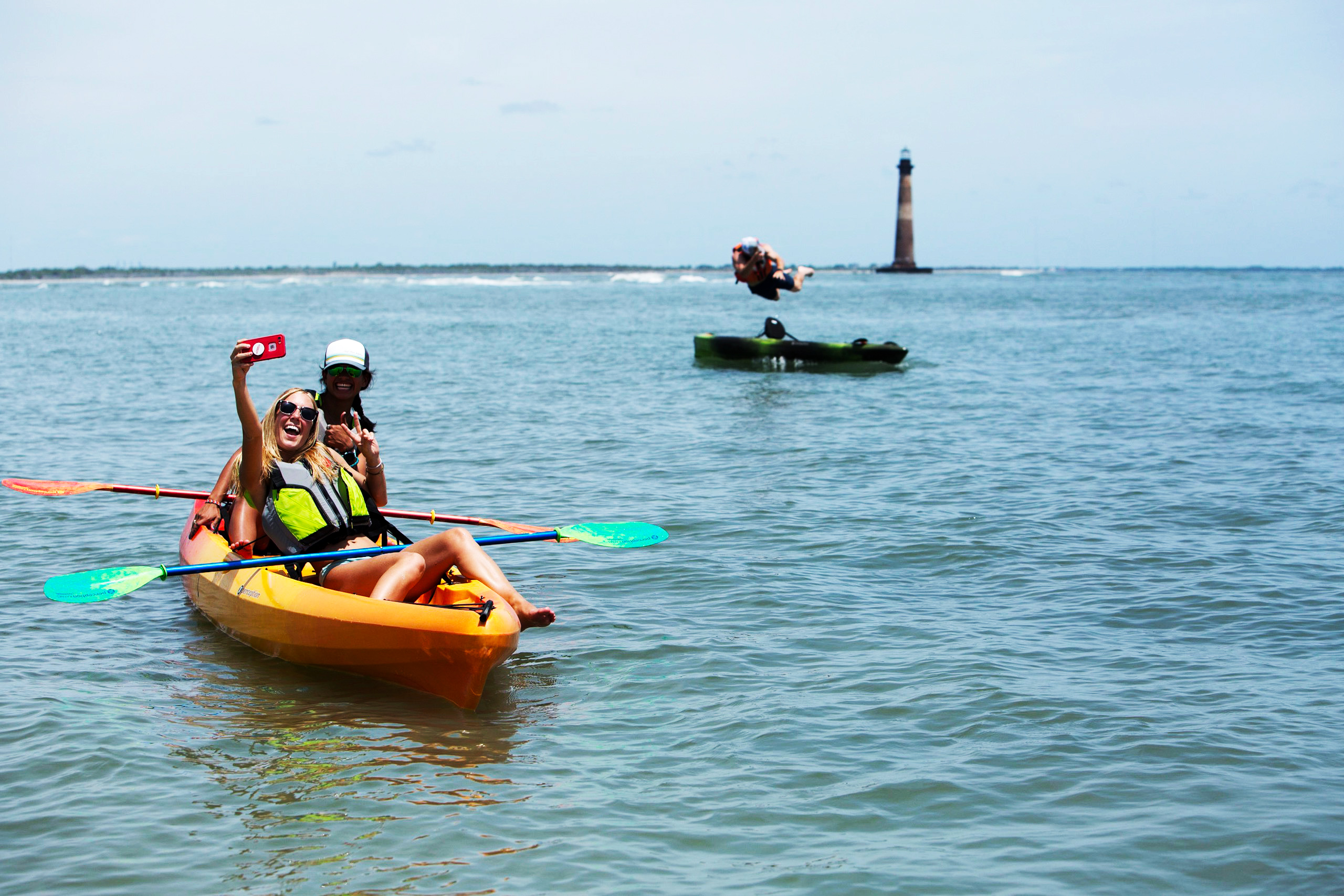 Who knows why we start things. Maybe your parents had a banged up aluminum canoe in the backyard and one day you and your neighborhood buddies dragged it down to the local creek. Perhaps in college you wanted to impress your date by taking her/him on a river trip, or maybe a friend called to invite you on a kayaking at the lake one weekend. Or, you’ve had enough of fishing from shore and getting hung up in shrubbery on the back cast. Could be anything.

But, come to think of it, who needs a reason? Nothing on Earth matches the joy of being on the water. But in case you do, here are a dozen: 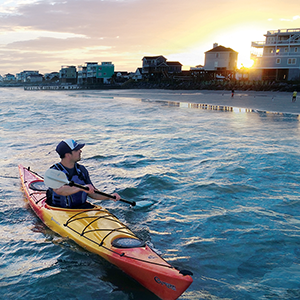 2. RE-TRACING HISTORY. Water has been the explorer’s medium through millennia. Camp under the same cottonwoods as Lewis and Clark along the Missouri, paddle next to tow paths on the Erie Canal, kayak Lake Superior as the voyageurs did, or rekindle the gold rush on the Yukon.

3. BEING ONE WITH THE WHALES. And the seals, puffins, turtles, dolphins, cranes, pelicans, and crocodiles. Water is rich with life. Why not join the scene? Think bird watching along the Everglades waterway, whale nurseries in Baja, loons and wolves in the Boundary Waters, and, for that matter, tadpoles and turtles in your neighborhood marsh.

4. IT’S EASY ON THE BODY. Listen, at some point in AARP age, it becomes clear that some of the more strenous outdoor excursions (say, backpacking) are becoming more work and pain than fun. That’s where paddling/floating comes in. The boat brings along the creature comforts, you avoid the joint-bruising trails, and the adventure continues.

5. FUN FOR ALL AGES. Lilttle ones are out when it comes to most intrepid expeditions. So you’re stuck with waiting till they’re old enough, giving up adventure, or entering the KOA cult. Not with kayaking! Put those tykes in boats, and take ‘em along. Parents get to indulge their adventurous yearnings and kids get hooked before the smart devices and video games kidnap them.

6. DANCING WITH YOUR PARTNER. Salsa lessons have nothing on the music you can make with your sweetie on the water. You know those couples that glide effortlessly on the dance floor, who look like they move in wordless harmony? Same thing can happen between paddling partners … really!

7. BECAUSE WATER IS THE WAY. The classic example is the Far North. Look at a map. It’s all water. Who would even consider going overland? Rivers and lakes are the obvious route from Point A to Point B. As often as not, paddling is the way to go. Just ask the kayakers in the Apostle Islands, or any national seashore, or in the Everglades. Why cut out all that territory just because you haven’t started paddling yet? 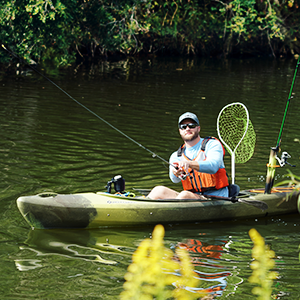 8. TO SNEAK UP ON FISH. Okay, you can tramp through the buggy shrubbery, rub elbows with poison ivy, and spend more time climbing trees to retrieve your fly than enticing fish … or you can get in a kayak and actually go where the fish are. Let me think about that for a minute. Done!

9. TO GO FOR A SOAK! Of course this is the goal of any hot summer day spent kayaing on the water, but also think about how many hot springs there are along waterways? Let’s see … the lower canyons of the Rio Grande, the Salmon in Idaho, the Owyhee in Oregon … Here’s the image: You’re floating along when you notice steam rising from a pool near the bank. Somebody dips a toe in and pronounces it good. Pretty soon the paddling gear is off, your body starts to relax, and paddling has just become your favorite activity.

10. IT BEATS THE SINGLES SCENE. Paddling is one of those small-world deals. Join a paddling club, go on a trip, and before long you have more trips on the list than vacation time, you have an active, adventurous social group, and suddenly those singles postings have become someone else’s compulsion.

11. BECAUSE YOU CAN BRING IT ALL. Who said anything about roughing it? In some kayaks, everything from lawn furniture to Dutch ovens is on the gear list, and camp life is anything but Spartan. More roast duck, anyone? 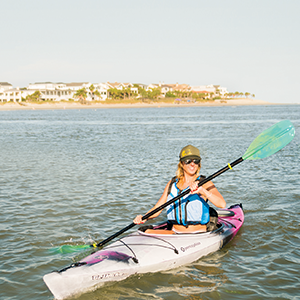